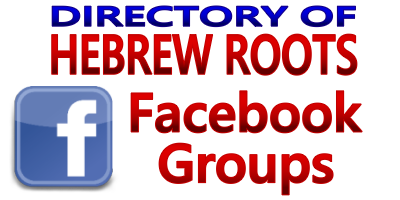 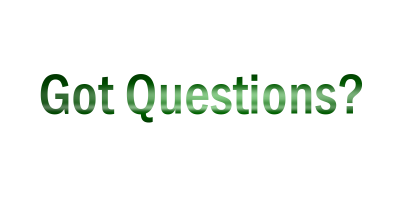 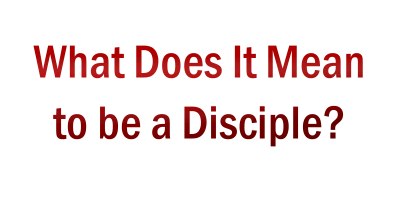 The Hebrew Roots Movement is a general term used for an emerging grassroots spiritual awakening taking place worldwide with Christians returning to the original first century faith, beliefs, and understanding of the Scriptures as taught by the Messiah, Early Church and Apostles.  Hebrew Roots is not a denomination or church, but rather a mindset seeking to emulate Jesus (Y'shua) as much as possible.
[ 1 John 2:6 | Luke 6:40 ]

Hebrew Roots Christians are sometimes called "Whole Bible Believers" due to our teaching of and obedience to the whole Word of God (Old and New Testaments). We follow the first-century foundation of the faith: that every disciple of Jesus (Y'shua) is to walk (live) just as the he did, in obedience to the Old Testament laws and commandments of God.

OBEDIENCE, SO SIMPLE A CHILD CAN DO IT.
When the Bible states: "and the LORD says..." or "Jesus (Y'shua) said..." and it is a command, then we are without excuse and should obey God because we love and trust in him and want to please him.  God wants everyone to be in right relationship with him, even little children.

—  Description of the End-Times Church —
"Here is a call for the endurance of the saints,
those who keep the commandments of God and their faith in Jesus."
- Revelation 14:12

"Do not think that I have come to abolish the Law or the Prophets... whoever does them and teaches them will be called great in the kingdom of heaven."
- Jesus (Y'shua)

Hebrew Roots Christians are often called "Whole Bible Believers" due to their teaching of and obedience to the Word of God (All of It).

The Torah (Pentateuch), often translated as "the law," is the first 5 books of the Bible, the "Books of Moses."  Torah in Hebrew means Instructions or Teachings - God's Instructions.  The definition of Sin is Lawlessness, the violating God's Torah, Commandments, or Instructions - 1 John 3:3-4. Jesus (Y'shua) obeyed and taught the Torah as the foundation to the faith: The Way of Righteousness - Psalm 119:142.

The 1st Century Church and apostles, in following the example of the Jesus (Y'shua), also obeyed and taught the Torah as the foundation to the walk of every disciple. This included the Apostle Paul as seen in Acts 24:14, Romans 2:13, Romans 2:20, Romans 3:31, and Titus 2:13-14. Hebrew Roots Christians do not obey God's laws to be saved, they obey God's laws because they are saved. They have a deep love and passion for God (1 John 5:3) which produces a deep desire to live their daily lives in a way that is pleasing to God - that is, in a way that attempts to live without sin (without offending God).

—  Jesus (Y'shua) enacted The New Covenant at the Lord's Supper saying:
“This is my blood of the New Covenant, which is shed for many for the remission of sins.”
- Matthew 26:28
From the New Covenant,  God said in Jeremiah 31:33:
“I will put my law in their inward parts, and write it in their hearts; and will be their God, and they shall be my people.” 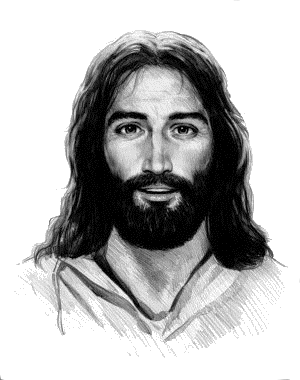 WHO IS THE GREATEST IN THE KINGDOM OF HEAVEN?
"Do not think that I have come to abolish the Law or the Prophets... but whoever does them and teaches them will be called great in the kingdom of heaven."
- Matthew 5:17-19

"And many false prophets will arise and lead many astray. And because lawlessness (violation of God's laws) will be increased, the love of many will grow cold. But the one who endures to the end will be saved. And this gospel of the kingdom will be proclaimed throughout the whole world as a testimony to all nations, and then the end will come."
- Matthew 24:11-14

"But this I confess to you, that according to The Way which they call a sect (cult, heresy), so I worship the God of my fathers, believing all things which are written in the Law and in the Prophets."  - Acts 24:14 NKJV

“They profess that they know God; but in works they deny him, being … disobedient and unto every good work worthless.” - Titus 1:16

—  The 1st Century Church, the apostles, AND Paul ALL obeyed God's Laws ...
When the Jerusalem Council heard Paul's report of his work they all glorified God and said:
"... how many thousands ... have believed. They are all zealous for the law ..." - Acts 21:19-20
James, half-brother of Jesus (Y'shua) and head of the Jerusalem Church, speaking to Paul said:
"... you yourself also walk orderly, keeping the Law." - Acts 21:24 NASB
Stephen the Martyr was stoned to death because he was falsely accused of speaking against the law in Acts 6:13

"Let us hear the conclusion of the whole matter:
Fear God, and keep his commandments:
for this is the whole duty of man."
- Ecclesiastes 12:13 KJV

God said in Deuteronomy 5:29
"O that there were such a heart in them, that they would fear me, and keep all my commandments always ..." 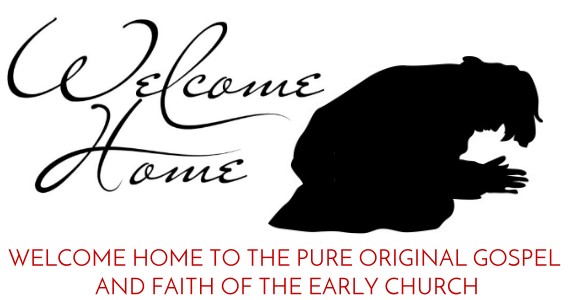